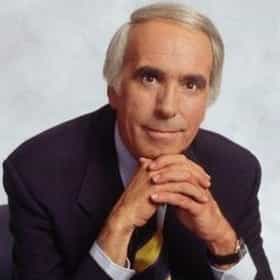 Thomas James Snyder (May 12, 1936 – July 29, 2007) was an American television personality, news anchor, and radio personality best known for his late night talk shows Tomorrow, on the NBC television network in the 1970s and 1980s, and The Late Late Show, on the CBS Television Network in the 1990s. Snyder was also the pioneer anchor of the primetime NBC News Update, in the 1970s and early 1980s, which was a one-minute capsule of news updates in primetime. ... more on Wikipedia

Tom Snyder is ranked on...

#18 of 50 People who voted for Tom Snyder... also upvote Jim Carrey on Celebrities Nobody Cares About Anymore also upvote Dark Knight Franchise on The Most Overrated Movies of All Time The All-Time Greatest Late Night Talk Show Hosts 87.1k VOTES The all-time greatest late night talk show hosts have entertained us for years as we drift off to sleep. These hosts are cha...
#74 of 107 Who Is The Most Famous Tom/Thomas In The World? 2k VOTES How many celebrities named Tom can you think of? The famous Tommys below have many different professions, as this list inclu...
Famous Model Train Hobbyists 80.1k VIEWS All aboard! Several famous musicians, actors, and TV personalities are model railway enthusiasts. Some of these celebrities ...

Tom Snyder is also found on...