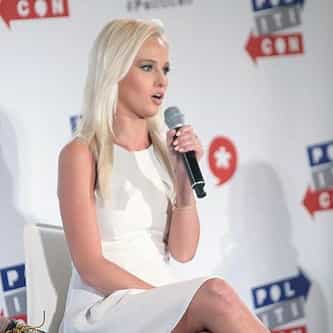 Tomi Lahren (born August 11, 1992) is an American conservative political commentator and former television host. She garnered international attention as the host of Tomi on TheBlaze, particularly for her short video segments called "final thoughts", in which she frequently criticized liberal politics. Many of her videos went viral, with The New York Times describing her as a "rising media star". Lahren was suspended from TheBlaze in March 2017 shortly after expressing ... more on Wikipedia

Tomi Lahren IS LISTED ON