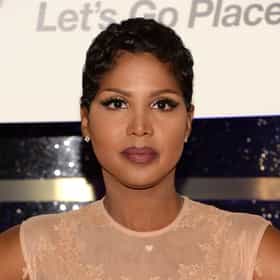 Toni Michelle Braxton (born October 7, 1967) is an American singer, songwriter, pianist, record producer, actress, television personality, and philanthropist. In the late 1980s she began performing with her sisters in a family group known as The Braxtons; they were signed to Arista Records. Braxton attracted the attention of producers Antonio "L.A." Reid and Kenneth "Babyface" Edmonds, later recording a series of songs for them before being signed to their Arista-distributed imprint, LaFace Records. Her self-titled debut studio album (1993) reached number one on the Billboard 200 chart in the United States, selling 10 million copies worldwide and seeing the ... more on Wikipedia

Toni Braxton is ranked on...

Toni Braxton is also found on...