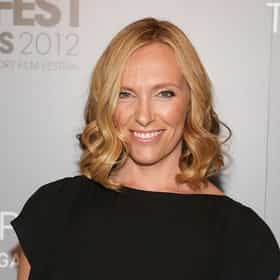 Toni Collett (born 1 November 1972), credited professionally as Toni Collette, is an Australian actress and musician, known for her acting work on stage, television, and film, as well as a secondary career as the lead singer of the band Toni Collette & the Finish. She received numerous awards, including six AACTA Awards, a Primetime Emmy Award, a Golden Globe Award, and a Screen Actors Guild Award, and has been nominated twice for a British Academy Film Award and both once for an Academy Award and a Tony Award. Collette's acting career began in the early 1990s with comedic roles in films such as Spotswood (1992) and Muriel's Wedding (1994). For the latter, she earned a Golden Globe ... more on Wikipedia

Toni Collette is ranked on...

#110 of 940 People who voted for Toni Collette... People in the Northeast are 2x more likely to vote for this also upvote Harry Potter Franchise on The Most Rewatchable Movies The Best Actresses in Film History 1.1M VOTES The best actresses ever are ranked here in this list of the best actresses in film history. These are the greatest actresses...
#48 of 326 People who voted for Toni Collette... People over 50 are 2x more likely to vote for this People in the Northeast are 2x more likely to vote for this The Best Actresses Working Today 396.3k VOTES List of the best actresses working today, ranked. This list includes many of the greatest actresses in film history, but mor...
#64 of 85 The Best Broadway Stars of the 21st Century 11.8k VOTES This list ranks all of the greatest stars to have performed on Broadway during the 21st century, young and old, male and f...
#226 of 283 The Funniest Female Comedians of All Time 260k VOTES The funniest female comedians star on our favorite sitcoms, perform standup at the top comedy clubs and best of all, make us...
#347 of 412 The Hottest Women Over 40 in 2013 603.7k VOTES This is an Ultimate List of the hottest women over 40. It's hard to believe that some of these well known women are over 40,...
#23 of 33 The 33 Most Stunning And Odd-Looking Women 581k VOTES Is it the hair? Is it the nose? Is it the eyes? Gahhh what is it that simultaneously makes these women both beautiful and pr...
#19 of 36 The Best Actresses Of 2018, Ranked 7.4k VOTES Every year, we all wish to have our "best year ever", and while it doesn't always work out that way, some actresse...
#11 of 59 2019 Golden Globes: Biggest Snubs 9.4k VOTES Right on the heels of award season nominations stomps the awards show snubs. The Golden Globes 2019 snubs might be slightly ...
#12 of 18 Celebs You Didn't Know Aren't American 2.7k VOTES With the world growing smaller every day, it's no wonder that many of our favorite stars come from other countries. It used ...
#19 of 81 Which People And Films Will Win Oscars In 2019? 6.9k VOTES It’s never too early to start making 2019 Oscar predictions. When the summer blockbuster season ends, films with Academy Awa...
#9 of 16 Who Will Win Best Actress At The 2019 Oscars? 1.8k VOTES The 2019 Oscar nominations for Best Actress have been announced, but there is still time to get your predictions in for...
75+ Straight Celebrities Who Fight for Gay Rights 196.4k VIEWS You don't have to be gay to fight for gay rights, as the straight celebrities on this list have proven. Several famous strai...
Foreign Actors Who Totally Bamboozled Us With Perfect American Accents 26.2k VIEWS Is the American accent hard to perfect? For most of the people on our list of actors doing American accents, the answer is n...

Toni Collette is also found on...