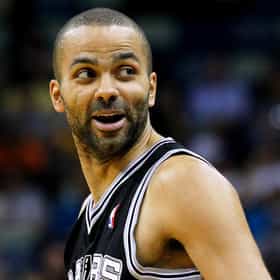 William Anthony Parker Jr. (born 17 May 1982) is a French-American former professional basketball player. The son of a professional basketball player, Parker played for two years for Paris Basket Racing in the French basketball league, before joining the San Antonio Spurs of the National Basketball Association (NBA). He was selected by the Spurs with the 28th overall pick in the 2001 NBA draft, and quickly became their starting point guard. Parker won four NBA championships (2003, 2005, 2007, and 2014), all of which were with the Spurs. He also played for ASVEL Basket in France during the 2011 NBA lockout, and finished his career after one season with the Charlotte Hornets. Parker was ... more on Wikipedia

Tony Parker is ranked on...

Tony Parker is also found on...