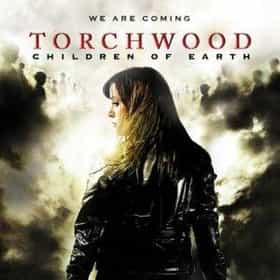 Torchwood is a British science fiction television programme created by Russell T Davies. A spin-off from the 2005 revival of long-running science fiction programme Doctor Who, Torchwood aired four series between 2006 and 2011. The show shifted its broadcast channel each series to reflect its growing audience, moving from BBC Three to BBC Two to BBC One, and acquiring US financing in its fourth series when it became a co-production of BBC One and Starz. In contrast to Doctor Who, whose target audience includes both adults and children, Torchwood is aimed at an older audience. Over its run, the show explored a number of themes; prominent among these were existentialism, gay and bisexual ... more on Wikipedia

Torchwood is ranked on...

Torchwood is also found on...