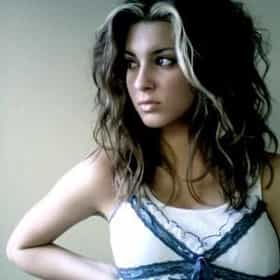 Victoria Loren Kelly (born December 14, 1992) is an American singer, songwriter, actress, and record producer. Kelly first gained recognition after posting videos on YouTube as a teenager, and appeared as a semi-finalist on the ninth season of American Idol in 2010. Thereafter, she independently released her self-produced debut EP in 2012, Handmade Songs by Tori Kelly. In 2013, after Scooter Braun became her manager, Kelly signed with Capitol Records. Kelly's debut studio album Unbreakable Smile (2015) peaked at number two on the Billboard 200 chart in the United States with its lead single, "Nobody Love", marking her first appearance on the Billboard Hot 100 chart. Kelly was ... more on Wikipedia

Tori Kelly is ranked on...

#99 of 230 The Greatest New Female Vocalists of the Past 10 Years 1.8M VOTES The greatest female vocalists of the 2000s from all over the globe duke it out to see who has the best voice. While every ...
#278 of 1,059 The Best Singers of All Time 2.2M VOTES Who are the best singers of all time? That's a tough question to ask. This list includes many of the greatest, most famous v...
#258 of 976 The Best Female Vocalists Ever 1.8M VOTES List of the best female singers of all time, ranked by music fans and casual critics like you. Who are the greatest female v...
#26 of 161 The Best American Idol Contestants Ever 95.8k VOTES Who are the best American Idol contestants ever? As the FOX reality singing competition show continues on after a dozen seas...
#14 of 75 The Best Musical Guests on 'The Late Show with Stephen Colbert' in 2019 946 VOTES Update - Check out the musical guests on Colbert in 2020! This list contains videos and information about the 2019 musical...
#65 of 108 Who Is The Most Famous Singer In The World Right Now? 424.2k VOTES When it comes to today's most popular music artists, who do you think takes the cake as the most famous singer in the w...
Famous Sagittarius Female Celebrities 39.4k VIEWS Optimistic and adventurous, famous Sagittarius women know they have the skills to be the best actress, singer, or name in th...
Famous People Whose Last Name Is Kelly 12.4k VIEWS Being a fairly common name, it's no surprise there are a lot of famous people with the last name Kelly. Do you recognize all...
Famous People Who Were on 'Star Search' 187.9k VIEWS Star Search was a talent competition that ran from the early 1980s to the mid-1990s. It was also resurrected for another run...

Tori Kelly is also found on...