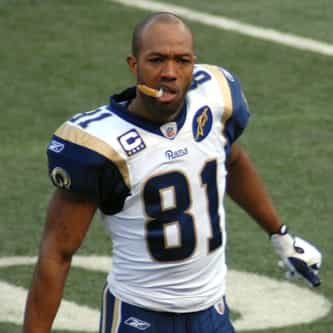 Torry Jabar Holt (born June 5, 1976) is a former professional American football player who was a wide receiver in the National Football League (NFL) for eleven seasons. He was named to the Pro Bowl seven times and retired with the 10th most receiving yards, including a record six consecutive seasons with 1,300 yards. He played college football at North Carolina State University, and earned consensus All-American honors. He was drafted by the St. Louis Rams in the first round of the 1999 ... more on Wikipedia

Torry Holt IS LISTED ON