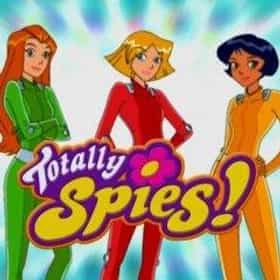 Totally Spies! is a French and Canadian animated television series created by Vincent Chalvon-Demersay and David Michel and produced by Marathon Media Group and Image Entertainment Corporation. The show was made to resemble anime styles and was originally based on the concept of a girl band. It focuses on three teenage girls in Beverly Hills, California, United States, who work as undercover super agents. Totally Spies! was first seen on November 3, 2001 on ABC Family in the United States. It premiered on TF1 in France on April 3, 2002, and on Teletoon in Canada on September 2, 2002. Since the series' debut, 156 episodes have been broadcast, completing its sixth season to date. This ... more on Wikipedia

Totally Spies! is ranked on...