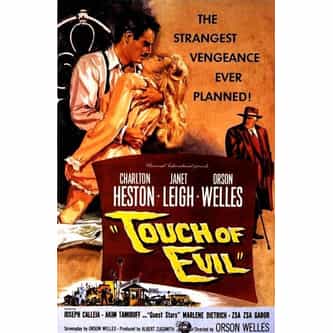 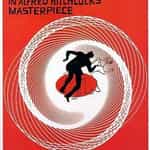 Touch of Evil is a 1958 American thriller film, written, directed by, and co-starring Orson Welles. The screenplay was loosely based on the novel Badge of Evil by Whit Masterson. Along with Welles, the cast includes Charlton Heston, Janet Leigh, Joseph Calleia, Akim Tamiroff, and Marlene Dietrich. Touch of Evil is one of the last examples of film noir in the genre's classic era. Since its release, the film's reputation has grown in stature, and it is now widely regarded as one of Welles's ... more on Wikipedia

Touch of Evil IS LISTED ON