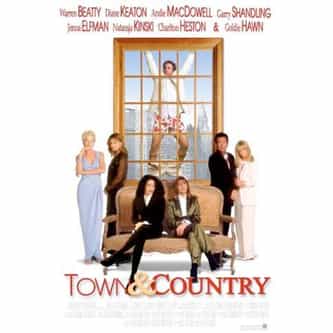 Town & Country is a 2001 film starring Warren Beatty, Diane Keaton, Goldie Hawn and Garry Shandling and directed by Peter Chelsom. It is a romantic comedy in which Beatty plays an architect, with Keaton as his wife and Hawn and Shandling as their best friends. It holds the distinction of being one of the biggest box office flops in American film history. This is Beatty's and Keaton's first film together since 1981's Reds, and Beatty's third film with Hawn since 1971's $ and 1975's ... more on Wikipedia

Town & Country IS LISTED ON