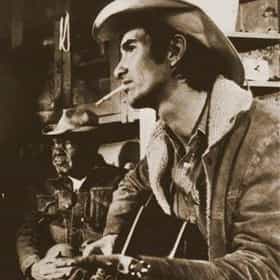 John Townes Van Zandt (March 7, 1944 – January 1, 1997), better known as Townes Van Zandt, was an American singer-songwriter. He wrote numerous songs, such as "Pancho and Lefty", "For the Sake of the Song", "Tecumseh Valley", "Rex's Blues", and "To Live Is to Fly", that are widely considered masterpieces of American folk music. His musical style has often been described as melancholy and features rich, poetic lyrics. During his early years, Van Zandt was respected for his guitar playing and fingerpicking ability. In 1983, six years after Emmylou Harris had first popularized it, Willie Nelson and Merle Haggard covered his song ... more on Wikipedia

Townes Van Zandt is ranked on...