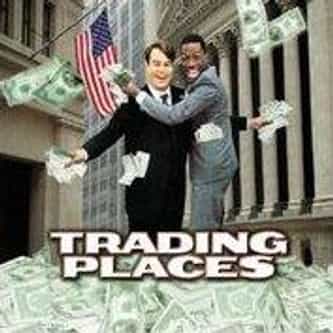 Trading Places is a 1983 American comedy film directed by John Landis, starring Dan Aykroyd and Eddie Murphy. It tells the story of an upper-class commodities broker and a homeless street hustler whose lives cross paths when they are unknowingly made part of an elaborate bet. Ralph Bellamy, Don Ameche, Denholm Elliott, and Jamie Lee Curtis also star. The storyline is often called a modern take on Mark Twain's classic 19th-century novel The Prince and the Pauper. It also bears a resemblance ... more on Wikipedia

Trading Places IS LISTED ON