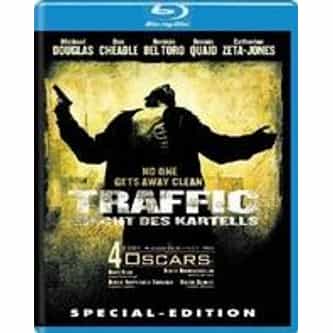 Tagline
No One Gets Away Clean.

Traffic is a 2000 American drama film directed by Steven Soderbergh and written by Stephen Gaghan. It explores the trade from a number of perspectives: a user, an enforcer, a politician and a trafficker. Their stories are edited together throughout the film, although some of the characters do not meet each other. The film is an adaptation of the British Channel 4 television series Traffik. 20th Century Fox, the original financiers of the film, demanded Harrison Ford play a leading role and ... more on Wikipedia

Traffic IS LISTED ON