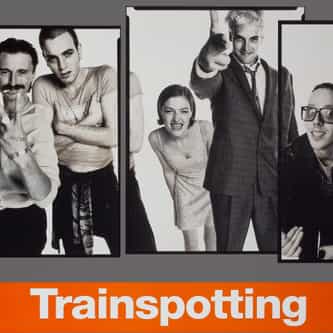 Trainspotting is a 1996 British comedy drama film directed by Danny Boyle, and starring Ewan McGregor, Ewen Bremner, Jonny Lee Miller, Kevin McKidd, Robert Carlyle, and Kelly Macdonald. Based on the novel of the same name by Irvine Welsh, the film was released in the United Kingdom on 23 February 1996. The Academy Award nominated screenplay, by John Hodge, follows a group of addicts in a late 1980s economically depressed area of Edinburgh and their passage through life. ... more on Wikipedia

198 votes The Trippiest Qutoes From 'Trainspotting'

Trainspotting IS LISTED ON