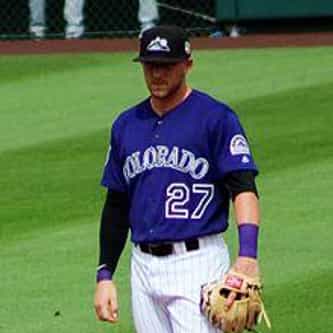 Trevor John Story (born November 15, 1992) is an American professional baseball shortstop for the Colorado Rockies of Major League Baseball (MLB). He made his MLB debut in 2016. On April 8, 2016, Story set an MLB record for a rookie by hitting home runs in each of his first four games, and tied the MLB rookie record for home runs in the month of April. Story was named the National League's Rookie of the Month for April 2016. He led the NL in strikeouts in 2017, and in power-speed number, ... more on Wikipedia

Trevor Story IS LISTED ON