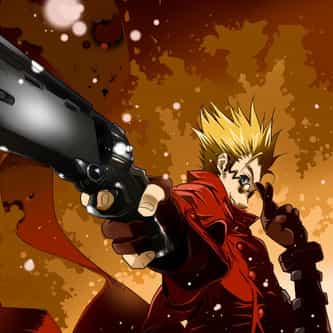 Trigun is a Japanese manga series written and illustrated by Yasuhiro Nightow. Both manga were adapted into an anime television series in 1998. Trigun revolves around a man known as "Vash the Stampede" and two Bernardelli Insurance Society employees, Meryl Stryfe and Milly Thompson, who follow him around in order to minimize the damages inevitably caused by his appearance. Most of the damage attributed to Vash is actually caused by bounty hunters in pursuit of the sixty billion ... more on Wikipedia

Trigun IS LISTED ON