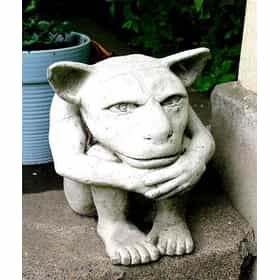 Troll 2 is a 1990 horror comedy B movie directed by Claudio Fragasso and starring Michael Stephenson, George Hardy, Margo Prey, Connie McFarland, Deborah Reed and Jason Wright. The plot concerns a family pursued by vegetarian goblins who seek to transform them into plants so that they can eat them. Although produced under the title Goblins, United States distributors were skeptical about the film's ability to succeed as an indie film and renamed it Troll 2 in an attempt to market it as a sequel to the 1986 Empire Pictures film Troll. The two films, however, have no connection, and no trolls are actually depicted in Troll 2. The film's production was rife with difficulties, largely ... more on Wikipedia

#17 of 217 The Worst Sequels Of All Time 70.5k VOTES The worst movie sequels from throughout film history. These are the follow-up films in a franchise or reboots that brought t...
#20 of 20 20 Obscure Horror Movies from the '90s You Need to See Right Now 2k VOTES The '90s were a weird decade for the horror genre. The tidal wave of demand created by the advent of VHS and video stores th...
#166 of 179 The Best Movie Sequels Ever Made 118.7k VOTES What are the best movie sequels ever made? This list includes several of the greatest movies of all time, and they all have ...
#1 of 15 VHS Covers That Sold A Totally Different Movie 3.2k VOTES Ah, those old days of browsing the video store looking for the latest and greatest '80s horror movies, most extreme&nbs...
#5 of 15 15 Horror Movies That Had Weird, Low-Budget, Unofficial Sequels 203 VOTES Horror movies and their enjoyment don't fall solely within the confines of being terrifying, with several finding success th...
#10 of 20 Terrible Movies You Have To See Before You Die 3.8k VOTES Why watch terrible movies? Well, every once in a while, you need a break from the prestige films and quirky indies that perm...
#61 of 161 The Best B Movies of All Time 29.5k VOTES   A list of all the best b-movies ever made, many of which are streaming on Netflix and Amazon Prime. Check out which...
#105 of 142 The Best Horror Movies of the 1990s 71.2k VOTES What are the best '90s horror movies ever made? While some could argue that the '80s horror movies were far superior, that's...
#97 of 99 The Funniest Horror Movies Ever Made 51k VOTES There’s nothing better than a ridiculous comedy horror movie. Whether it’s for a date night or just a timekiller, the funnie...
#4 of 12 The Best Movies Produced by Joe D'Amato 40 VOTES List of the best Joe D'Amato produced movies, with trailers of the films when available. All the top movies produced by Joe ...