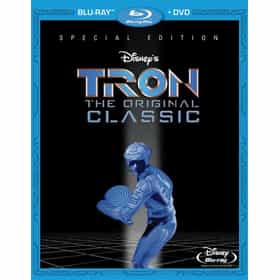 Tron is a 1982 American science fiction film written and directed by Steven Lisberger, based on a story by Lisberger and Bonnie MacBird, and produced by Walt Disney Productions. The film stars Jeff Bridges as a computer programmer who is transported inside the software world of a mainframe computer, where he interacts with various programs in his attempt to get back out. Bruce Boxleitner, David Warner, Cindy Morgan, and Barnard Hughes star in supporting roles. Development of Tron began in 1976 when Lisberger became fascinated with the early video game Pong. He and producer Donald Kushner set up an animation studio to develop Tron with the intention of making it an animated film. ... more on Wikipedia

Tron is ranked on...

Tron is also found on...