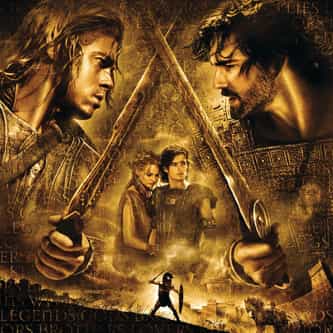 Tagline
For Honor
for passion
for troy

Troy is a 2004 epic period war film directed by Wolfgang Petersen, loosely based on Homer's Iliad. After Paris smuggles Queen Helen to Troy, Achilles leads his Myrmidons along with the rest of the Greek army invading the historical city of Troy, defended by Hector's Trojan army. ... more on Wikipedia

196.7k readers The Film Version Of 'Troy' Doesn't Even Come Close To The Brutality Of The Source Texts

Troy IS LISTED ON