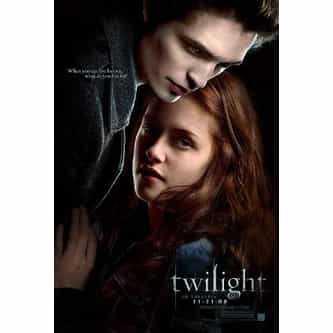 The Twilight Saga is a series of five romance fantasy films from Summit Entertainment based on the four novels by American author Stephenie Meyer. The films star Kristen Stewart, Robert Pattinson, and Taylor Lautner. The series has grossed over $3.3 billion in worldwide receipts and consists, to date, of five motion pictures. The first installment, Twilight, was released on November 21, 2008. The second installment, New Moon, followed on November 20, 2009, breaking box office records as ... more on Wikipedia

20.9k readers The Cast Of Twilight Hated And Trashed The Movie More Than Anyone Else

6.4k readers 'Twilight' Was Garbage But Man Did It Produce Some Stars

341 votes The Best Movies From The 'Twilight' Saga, Ranked

128 votes The Most Memorable Quotes From 'Twilight'

Twilight Saga Franchise IS LISTED ON