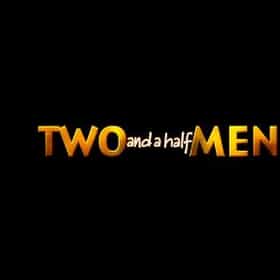 Two and a Half Men

Two and a Half Men is an American television sitcom that began broadcast on CBS on September 22, 2003 and ended on February 19, 2015 after twelve seasons. Originally starring Charlie Sheen, Jon Cryer, and Angus T. Jones, the show was about a hedonistic jingle writer, Charlie Harper; his uptight brother, Alan; and Alan's son, Jake. After Alan divorces, he moves with his son to share Charlie's beach-front Malibu house and complicate Charlie's free-wheeling life. In 2010, CBS and Warner Bros. Television reached a multi-year broadcast agreement for the series, renewing it through at least the 2011–12 season. ... more on Wikipedia

lists about Two and a Half Men

Two and a Half Men is ranked on...

#8 of 142 The Worst TV Series Finales Ever 162.7k VOTES The worst final episodes of great TV shows have a history almost as old as TV itself. Whenever an audience becomes so invest...
#39 of 74 The Best CBS Shows of All Time 17.1k VOTES CBS: Everybody's watching! "America's Most Watched Network" is the home of modern TV favorites The Big Bang Theo...
#86 of 205 The Most Important TV Sitcoms 82.2k VOTES These sitcoms are important because they either influenced a generation's culture or because they permanently influenced the...
#173 of 2,298 The Greatest TV Shows Of All Time 1.4M VOTES Choosing the best TV shows of all time means taking into account the best TV dramas, the best TV comedies, the best cartoons...
#117 of 158 Shows with the Best Freakin' Series Finales of All Time 263.4k VOTES This list of the best series finales in television is a somber reminder that no matter how much you love a TV character or a...
#176 of 594 The Best TV Theme Songs of All Time 320.5k VOTES The best TV theme songs and TV intros of all time will take you back to some of the greatest moments in TV. Television theme...
#142 of 383 The Best TV Shows of The Last 20 Years 1.5M VOTES This best TV show list represents the combined opinions of thousands of TV fans. Anyone can vote on this list of the best TV...
#4 of 290 The Most Overrated TV Shows Of All Time 545.8k VOTES List of the most overrated TV shows of all time, ranked by fans, critics, and people like you. Ever since the dawn of the ...
#106 of 408 The Best TV Shows to Rewatch 131.6k VOTES List of the best TV shows to rewatch, as ranked by television fans and critics. When the weekend comes around and you can’t ...
#29 of 296 People who voted for Two and a Half Men... also upvote Die Hard Franchise on The Best Movies of All Time The Greatest Sitcoms in Television History 945.3k VOTES Best sitcoms ever to air on television includes some of the greatest sitcoms of all time as ranked by fans of TV. What's the...
#7 of 18 The Coolest TV Floorplans 3.6k VOTES List of the coolest TV floorplans, as drawn by Spanish interior designer Inaki Aliste Lizarralde and other artists / fans. T...
#6 of 15 15 TV Shows That Tried To Keep Going After Major Characters Took Off 42.4k VOTES Getting attached to characters in shows like Game of Thrones or The Walking Dead is a risk, because those series kill off ma...
#106 of 154 The All-Time Greatest TV Pilots 230.6k VOTES The greatest TV pilots of all-time are single episodes of television that introduced us to what would soon be iconic charact...
#265 of 1,328 The Best Guilty Pleasure TV Shows 19.6k VOTES List of the best guilty pleasure TV shows, past and present, including sitcoms, dramas, reality shows, and game shows. These...
#13 of 29 The Best TV Shows About Blended Families 1.9k VOTES List of the best television shows that feature blended families. The theme of many of the top television shows through the g...
#22 of 37 TV Shows with the Best Episode Names 4.8k VOTES Are you one of those people who tracks and remembers the TV episode names of your favorite shows? Yeah, us too. And the Inte...
#60 of 75 The Most Anticipated Fall Shows of 2012 9.8k VOTES The new TV shows for fall 2012 are some of the most diverse in recent years. The line up includes shows from fan favorites l...
#70 of 74 The Funniest TV Shows of 2013 5.3k VOTES Is there anything better than a TV show that can make you laugh so hard that for a second you can’t breathe? That sort of gu...
#28 of 132 The Best 2010s Sitcoms 30.2k VOTES The 2010s were a decade blessed (or, depending on how you look at it, cursed) with the rise of Peak TV and the dawning ...
#75 of 195 What Shows Do You Most Want on Netflix Streaming? 194.8k VOTES What TV shows do you most want on Netflix streaming? While Netflix does offer some great streaming TV shows, and will likely...
#16 of 75 The Best Sitcoms That Aired Between 2000-2009, Ranked 89.7k VOTES List of the best sitcoms that aired in 2000-2009, as ranked by sitcom fans. Sitcoms have been a staple of television since t...
#59 of 109 The Best TV Shows Set In L.A. 2k VOTES Los Angeles, California is not only where most television series are filmed, but it also tends to be where they're set as we...
#16 of 36 The Greatest TV Shows About Brothers 1k VOTES TV shows cover a range of different concepts, but one that seems to appear more often than not is a great story about brothe...
14 TV Shows That Gave You Plenty of Reasons to Stop Watching 104.8k VIEWS The standard, generic television of yesterday has been replaced. In the 21st century, the golden age of TV, there ...
#12 of 18 The Best TV Shows With Therapy Scenes 55 VOTES Thousands of people benefit from therapy every day. Some people learn how to better handle their emotions, and married ...
#10 of 15 The Best Shows Featuring The That '70s Show Cast 182 VOTES That '70s Show aired on Fox from 1998 to 2006 and depending on how old you were when the show aired you'll either think it's...

Two and a Half Men is also found on...