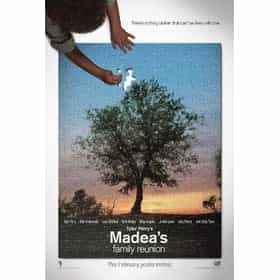 Tyler Perry's Madea's Family Reunion is a 2006 American comedy-drama film directed by Tyler Perry, based on the stage production and a sequel to Diary of a Mad Black Woman. After Madea (Tyler Perry) violates the terms of her house arrest the judge orders her to take in a troubled foster child named Nikki (Keke Palmer) in order to avoid jail, where they subsequently clash due to Nikki's bad attitude and disrespect, stemming for her poor life up to this point, including an absent father, a mother in jail, and a slew of uncaring foster homes. ... more on Wikipedia