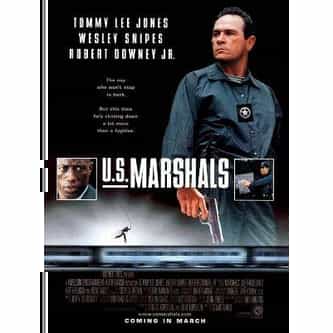 Tagline
The cop who won't stop is back. But this time he's chasing down a lot more than a fugitive.
No one has seen anything like it...except for one man.

U.S. Marshals is a 1998 American thriller film directed by Stuart Baird. The storyline was conceived from a screenplay written by Roy Huggins and John Pogue. The events depicted in the story do not involve the fictional protagonist of Dr. Richard Kimble personified by Harrison Ford from the initial film. ... more on Wikipedia

U.S. Marshals IS LISTED ON