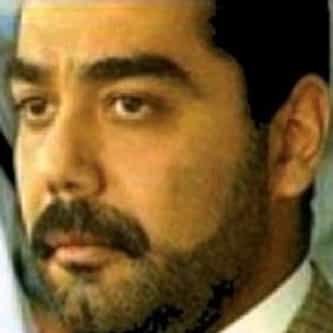 Uday Saddam Hussein al-Tikriti (Arabic: عُدي صدّام حُسين‎) (18 June 1964 – 22 July 2003) was the eldest child of Saddam Hussein by his first wife, Sajida Talfah, and the brother of Qusay Hussein. Uday was seen, for several years, as the likely successor to his father, but lost the place as heir apparent to Qusay due to injuries he sustained in an assassination attempt, his increasingly erratic behavior, and his troubled relationship with the family. His reputed actions include multiple ... more on Wikipedia

Uday Hussein IS LISTED ON

hot male police officers, has anyone ever refused a grammy, a country that starts with d, types of bourbon, virgo famous people, brian & james may are they related, prominent muslim converts, best drinks to get drunk, best number 11 football players, polish poetry in english