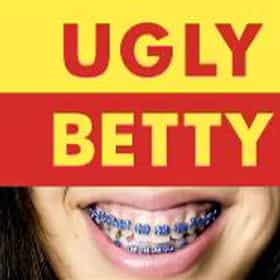 Ugly Betty is an American comedy-drama television series developed by Silvio Horta, which premiered on ABC on September 28, 2006, and ended on April 14, 2010. The series revolves around the character Betty Suarez and is based on Fernando Gaitán's Colombian telenovela Yo soy Betty, la fea, which has had many other international adaptations. The series was produced by Silent H, Ventanarosa, and Reveille Productions partnered with ABC Studios and executive produced by Salma Hayek, Silvio Horta, Ben Silverman, Jose Tamez, and Joel Fields. The pilot was filmed in New York; seasons one and two were filmed in Los Angeles and seasons three and four in New York City. During its first ... more on Wikipedia

Ugly Betty is ranked on...

Ugly Betty is also found on...