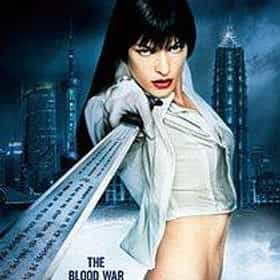 Ultraviolet is a 2006 American dystopian science fiction action-horror-thriller film written and directed by Kurt Wimmer and produced by Screen Gems. It stars Milla Jovovich as Violet Song and Cameron Bright as Six. It was released in North America on March 3, 2006. The film was released on DVD and Blu-ray Disc on June 27, 2006. The film follows Violet Song Jat Shariff, a woman infected with hemoglophagia, a fictional vampire-like disease. ... more on Wikipedia

Ultraviolet is ranked on...

Ultraviolet is also found on...