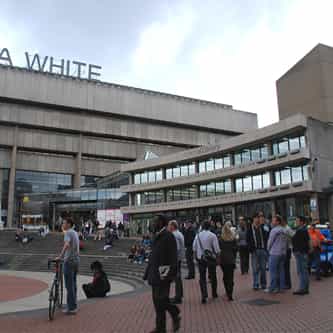 Una White (died April 1997) was a Jamaican-British nurse who achieved posthumous notability when her name was placed, in 12 feet (3.7 m) high illuminated lettering, on Birmingham Central Library (since demolished) for three weeks, as an art installation by Joshua Sofaer part of the city's Fierce! festival. The sign was illuminated from 17 May to 3 June 2007.Her name was suggested for use in the artwork by her daughter Carol, after a public appeal for people to nominate a friend or family ... more on Wikipedia

which 3ds pokemon game should i get, family movie ratings, top financial analyst, how long does it take to freeze a body, raiders cornerbacks 2019, who has madonna dated, what is baylor known for, beyonce ex boyfriends, jake gyllenhaal dating, influential australian artists