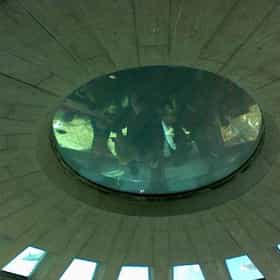 Under the Dome is an American science-fiction drama television series. It premiered on CBS on June 24, 2013. The series was developed by Brian K. Vaughan and based on the novel of the same name by Stephen King. In the first season, Vaughan and King served as executive producers along with Neal Baer, Justin Falvey, Darryl Frank, Jack Bender, Steven Spielberg, and Stacey Snider. Danish director Niels Arden Oplev produced and directed the pilot. Baer serves as the showrunner for the series. Vaughan exited the series before the premiere of season two. On October 9, 2014, CBS renewed Under the Dome for a third season, which will premiere on June 25, 2015. ... more on Wikipedia

Under the Dome is ranked on...

#293 of 779 People who voted for Under the Dome... also upvote Clint Eastwood on The Best Actors Working Today also upvote Thor Franchise on Most Anticipated New Movies The Best TV Shows to Binge Watch 1.2M VOTES Bored? Not anymore! These are the best TV shows for binge-watching. The greatest television shows in the world are ranked he...
#162 of 310 The Best Sci Fi Television Series of All Time 936.2k VOTES Here is a list of the best sci-fi shows and best sci-fi series of all time, as ranked by hundreds of Ranker voters. Thi...
#157 of 396 TV Shows That Only Smart People Appreciate 1.3M VOTES Since about the early 2000s, TV audiences have been blessed with what many experts call The Golden Age of Television. In oth...
#215 of 383 People who voted for Under the Dome... also upvote Back to the Future Franchise on The Best Movies of All Time also upvote Harry Potter Franchise on The Most Rewatchable Movies The Best TV Shows of The Last 20 Years 1.5M VOTES This best TV show list represents the combined opinions of thousands of TV fans. Anyone can vote on this list of the best TV...
#12 of 25 What to Watch If You Love Lost 652 VOTES If you’ve just finished binge watching Lost, you’re probably wondering about other shows like Lost. What’s next? While nothi...
#16 of 38 The Best Sci-Fi & Fantasy Shows of 2013 19.8k VOTES Science fiction television has thrived for decades. It’s partially due to the dedicated fans that create websites, go to con...
#36 of 120 The Best TV Shows Based on Books 54.1k VOTES Fun fact: Game of Thrones isn't the only good TV show based on a book streaming on the airwaves! Though more and more people...
#82 of 136 The Best Teen Drama TV Shows 919.3k VOTES Ranked here are the very best teen drama shows on television, ranked from best to worst. Popular teen drama TV shows ha...
#36 of 109 The Best TV Shows On Amazon Prime 37.2k VOTES The best streaming Amazon Prime TV shows and television series feature many of the most memorable TV characters of all time ...
#85 of 117 The Best Supernatural Drama TV Shows 51.9k VOTES The very best supernatural drama shows on television feature elements of science fiction, fantasy, ghosts, goblins, vampires...
#28 of 54 The Best 2010s CBS Dramas 3.1k VOTES These are the best 2010s CBS drama shows ranked from best to worst by user votes. From some good 2010s CBS drama TV series t...
#13 of 99 The Best 2010s CBS Series 1.9k VOTES Looking for a great show to watch or catch up on? These are the best 2010s CBS shows ranked from best to worst by user votes...
#3 of 13 The Best Shows Featuring The Breaking Bad Cast 54 VOTES Breaking Bad aired on AMC from 2008 to 2014, and in those five seasons the series simultaneously put AMC on the map and...