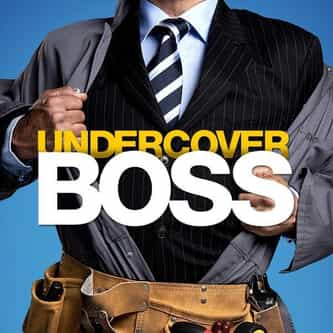 Undercover Boss (CBS, 2009) is an American reality television series, based on the British series of the same name. Each episode depicts a person who has an upper-management position at a major business, deciding to go undercover as an entry-level employee to discover the faults in the company. ... more on Wikipedia

Undercover Boss IS LISTED ON