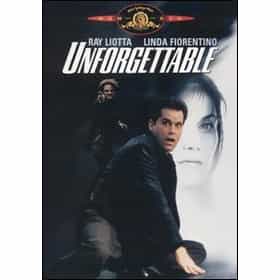 Unforgettable is a 1996 thriller film with science fiction elements, directed by John Dahl, and starring Ray Liotta and Linda Fiorentino. The film is about a man named David Krane, who is obsessed with finding out who murdered his wife. Unforgettable is John Dahl's follow up to his critically acclaimed 1994 film, The Last Seduction. The film, however, was a critical and box office failure, only earning less than $3 million in the United States. ... more on Wikipedia

Unforgettable is ranked on...

Unforgettable is also found on...