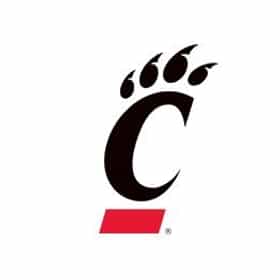 The University of Cincinnati is a comprehensive public research university in Cincinnati, in the U.S. state of Ohio, and a part of the University System of Ohio. Founded in 1819 as Cincinnati College, it is the oldest institution of higher education in Cincinnati and has an annual enrollment of over 40,000 students, making it the second largest university in Ohio and one of the 50 largest universities in the United States. In the 2010 survey by Times Higher Education, the university was ranked in the top 100 universities in North America and as one of the top 200 in the world. Beginning with the 2011 edition of US News and World Report Best Colleges rankings, the University of ... more on Wikipedia

lists about University of Cincinnati

University of Cincinnati is ranked on...

#54 of 79 The Best Medical Schools in the US 32.5k VOTES Hey future doctors, here you have the top medical schools in the United States, as determined by the Ranker community. Start...
#23 of 42 The Best Online Colleges 581 VOTES The number of students taking online courses was over 6 million in 2016, according to a 2018 report from Babson Survey ...
The 30 Best Design Schools in the World 494.6k VIEWS The best design programs in the world include some of the top schools to study design. This list highlights the growing role...
#25 of 43 The Best Colleges for Aerospace Engineering 5.2k VOTES List of the best colleges for aerospace engineering. Thanks to these rankings, no rising freshman will ever have to wonder &...
All AAC Schools 47.6k VIEWS The American Athletic Conference is one of two conferences created from the split of the original Big East Conference, ...
The Top 200 Universities 2014 - US News 28.9k VIEWS List of the top 200 national universities 2014, according to the list published by the US News & World Report. This list...

University of Cincinnati is also found on...

Drama & Theater Schools in the US