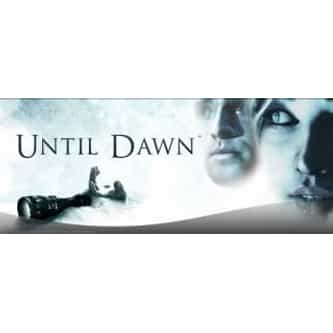 Until Dawn is a horror adventure video game developed by Supermassive Games and published by Sony Computer Entertainment for PlayStation 4. It was originally scheduled to be released for PlayStation 3 and feature PlayStation Move support, but in August 2014 the game was re-introduced as a PlayStation 4 title, and was released worldwide in August 2015. Set in Western Canada, Until Dawn centres around a group of eight teenagers who decide to have a holiday for a night in a cabin on the ... more on Wikipedia

Until Dawn IS LISTED ON