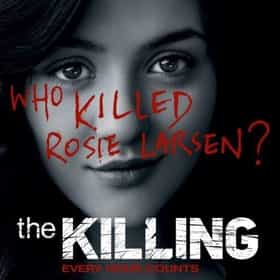 This show is an American drama television series that premiered on April 3, 2011, on AMC, based on the Danish television series Forbrydelsen. The American version was developed by Veena Sud and produced by Fox Television Studios and Fuse Entertainment. Set in Seattle, Washington, the series follows the various investigations by detectives Sarah Linden and Stephen Holder. AMC announced the series' cancellation in July 2012, but picked it up for a third season after a renegotiation with Fox Television Studios and Netflix. ... more on Wikipedia

lists about The Killing

The Killing is ranked on...