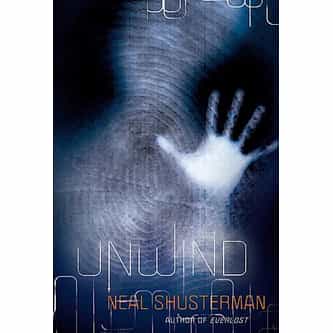 Unwind is a 2007 science fiction novel by young adult literature author Neal Shusterman. It takes place in the United States, after a civil war somewhere in the near future. After a civil war—known as the Second Civil War or the Heartland War—is fought over abortion, a compromise was reached, allowing parents to sign an order for their children between the ages of 13 and 18 years old to be unwound—taken to "harvest camps" and having their body parts harvested for later use. The ... more on Wikipedia

Unwind IS LISTED ON