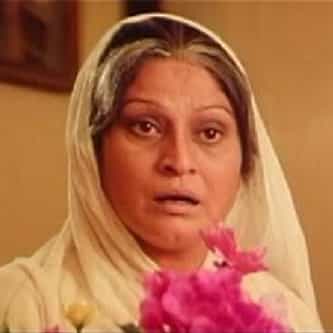 Cause Of Death
Homicide

Urmila Bhatt was a reputed actress of Hindi Cinema. She started her acting career by doing acting in Drama Theatre. She joined Sangeet Kala Academy in Rajkot as a folk dancer and singer. It was during that time that her famous Gujarati drama Jesal Toral ran to more than a thousand performances She acted in more than 75 Gujarati films and also in 15 to 20 Rajasthani movies.She had also played character roles in Hindi films for over two and a half decades. She had also acted in various ... more on Wikipedia