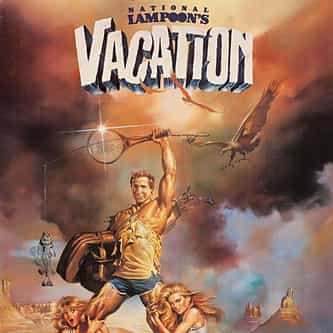 Tagline
Every summer Chevy Chase takes his family on a little trip. This year he went too far.

National Lampoon's Vacation, sometimes referred to as Vacation, is a 1983 Technicolor comedy film directed by Harold Ramis and starring Chevy Chase, Beverly D'Angelo, Randy Quaid, Dana Barron, and Anthony Michael Hall. John Candy, Imogene Coca, Christie Brinkley, and Jane Krakowski appear in supporting roles. The screenplay was written by John Hughes, based on his short story "Vacation '58" which appeared in National Lampoon. The original story is a fictionalized account of his ... more on Wikipedia

Vacation IS LISTED ON