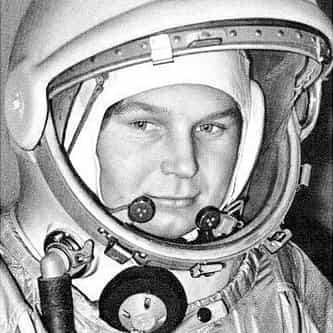 Valentina Vladimirovna Tereshkova (Russian: Валентина Владимировна Терешкова, IPA: [vɐlʲɪnʲˈtʲinə vlɐˈdʲimʲɪrəvnə tʲɪrʲɪʂˈkovə] (listen); born 6 March 1937) is a member of the Russian State Duma, engineer, and former cosmonaut. She is the first and youngest woman to have flown in space with a solo mission on the Vostok 6 on 16 June 1963. She orbited the Earth 48 times, spent almost three days in space, and remains the only woman to have been on a solo space mission. Before her selection ... more on Wikipedia

Valentina Tereshkova IS LISTED ON