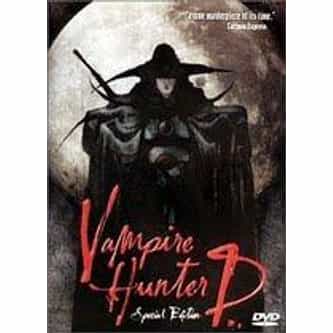 Vampire Hunter D is a 1985 Japanese horror/science fiction OVA film produced by Ashi Productions, in association with Epic/Sony Records, CBS Sony Group Inc. and Movic. The screenplay is based on the first in the long-running series of light novels written by Hideyuki Kikuchi. Billed by the Japanese producers as a "dark future science-fiction romance", the film, like the novel before it, is set in the year 12,090 AD, in a post-nuclear holocaust world where a young woman hires a ... more on Wikipedia

Vampire Hunter D IS LISTED ON