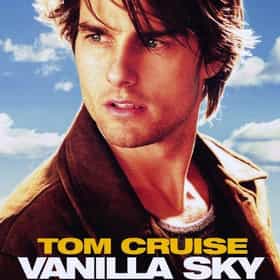 Vanilla Sky is a 2001 American science fiction thriller film directed, written, and co-produced by Cameron Crowe. It is an English-language remake of Alejandro Amenábar's 1997 Spanish film Open Your Eyes, which was written by Amenábar and Mateo Gil, with Penélope Cruz reprising her role from the original movie. The movie is described as "an odd mixture of science fiction, romance and reality warp", Vanilla Sky stars Tom Cruise, Penélope Cruz, and Cameron Diaz, with Jason Lee and Kurt Russell appearing in supporting roles. It received mixed reviews, with critics comparing it unfavorably to the original film and criticizing the screenplay for being ... more on Wikipedia

Vanilla Sky is ranked on...

Vanilla Sky is also found on...