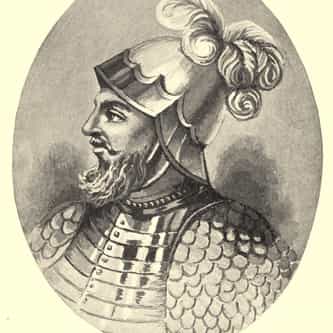 Vasco Núñez de Balboa (Spanish pronunciation: [ˈbasko ˈnuɲeθ ðe βalˈβo.a]; c. 1475 – around January 12–21, 1519) was a Spanish explorer, governor, and conquistador. He is best known for having crossed the Isthmus of Panama to the Pacific Ocean in 1513, becoming the first European to lead an expedition to have seen or reached the Pacific from the New World. He traveled to the New World in 1500 and, after some exploration, settled on the island of Hispaniola. He founded the ... more on Wikipedia