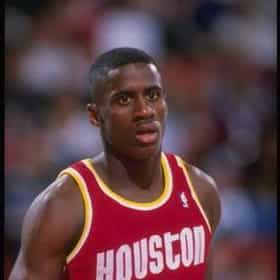 Vernon Maxwell (born September 12, 1965) is an American retired professional basketball player who was a shooting guard in the National Basketball Association (NBA) for thirteen seasons during the late 1980s, 1990s, and early 2000s. Maxwell played college basketball for the University of Florida, and led the Florida Gators to their first-ever NCAA tournament appearance. He was selected by the Denver Nuggets in the second round of the 1988 NBA Draft and was immediately traded to the San Antonio Spurs. His longest and most successful NBA tenure was with the Houston Rockets. The nickname "Mad Max" was bestowed upon Maxwell by color commentators for his clutch three-point ... more on Wikipedia

Vernon Maxwell is ranked on...

Vernon Maxwell is also found on...