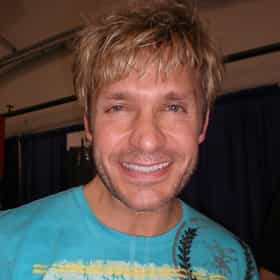 Victor Joseph Mignogna (; born 1962 or 1963) is an American actor and musician known for his voice-over work in the English dubs of Japanese anime shows, the most notable being Edward Elric from the Fullmetal Alchemist series, for which he earned the American Anime Award for Best Actor in 2007. Other notable animation roles include Broly from the Dragon Ball films, Tamaki Suoh in Ouran High School Host Club, Fai D. Flowright in Tsubasa: Reservoir Chronicle, Dark in D.N.Angel, Kurz Weber in the Full Metal Panic! series, Zero and Ichiru Kiryu in the Vampire Knight series, Christopher Aonuma in Digimon Fusion, Nagato and Obito Uchiha in Naruto Shippuden, Ikkaku Madarame in Bleach, Qrow ... more on Wikipedia

Vic Mignogna is ranked on...

#65 of 121 The All-Time Best Voice Actors 7.9k VOTES These are voices you could never put a face to, but you know them as well as you know any actor. Deep voices, squeaky voices...
#6 of 15 15 Times Anime Voice Actors Appeared In Western Cartoons 1.6k VOTES While most English anime voice actors are known primarily for their roles within the anime industry, many of them also take ...
#6 of 15 The 15 Greatest English Anime Voice Actors Of All Time 17.1k VOTES It's fine to be a fan of subtitles or a dub fan who prefers watching anime in their native language. Eit...
Famous People Who Were on 'Star Search' 189.6k VIEWS Star Search was a talent competition that ran from the early 1980s to the mid-1990s. It was also resurrected for another run...

Vic Mignogna is also found on...