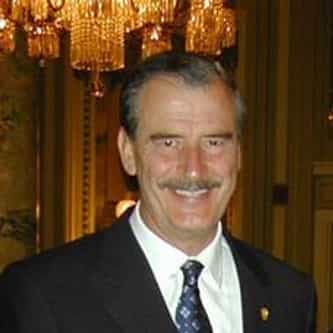 Vicente Fox Quesada (American Spanish: [viˈsente ˈfoks keˈsaða]; born 2 July 1942) is a Mexican businessman and politician who served as the 55th President of Mexico from 1 December 2000 to 30 November 2006. Campaigning as a right-wing populist, Fox ran for and was elected President on the National Action Party (PAN) ticket, which was an opposition party at the time of his election as president. He is currently the Co-President of the Centrist Democrat International, an international ... more on Wikipedia

Vicente Fox IS LISTED ON