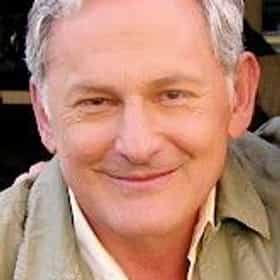 Victor Joseph Garber (born March 16, 1949) is a Canadian-American actor and singer. He is known for playing Jesus in Godspell, Anthony Hope in Sweeney Todd: The Demon Barber of Fleet Street, John Wilkes Booth in Assassins, Jack Bristow in the television series Alias, Max in Lend Me a Tenor, Thomas Andrews in James Cameron's Titanic, and Ken Taylor, Canadian Ambassador to Iran, in Argo. He was a series regular on Legends of Tomorrow, as Dr. Martin Stein, having previously played the same role in a recurring capacity on The Flash as well as the web series Vixen. ... more on Wikipedia

Victor Garber is ranked on...

#174 of 195 The Best American Actors Working Today 160.3k VOTES There have been plenty of great American actors throughout film history, but which are the greatest working today? This list...
#41 of 90 The Hottest Silver Foxes 72.2k VOTES Silver foxes are among the sexiest older men on the planet. A bit of gray streaked into a full head of hair on a man with we...
Lifetime Movies Actors and Actresses 15.7k VIEWS Lifetime Movies employs a wide range of actors -most of which you will recognize from more than just TV movies. Lifetime act...
100 Film and TV Celebs Who Have Also Starred on Broadway 15.4k VIEWS Film and TV celebs who have also starred on Broadway are those actors and actresses who have seen success both on screen and...
Famous People Named Victor or Vic 6.2k VIEWS Have you ever realized how many famous people named Victor there are? We put together this list of celebrities named Victor ...
Famous Film Actors Who Started on Stage 25.1k VIEWS Several famous film actors and actresses started their careers in theater. Some of these famous actors started in musicals o...
Celebrities Who Have Officiated Weddings 12.2k VIEWS Even for celebrities, wedding season in unavoidable. And when you're famous, you don't just get to show up and quietly get d...

Victor Garber is also found on...