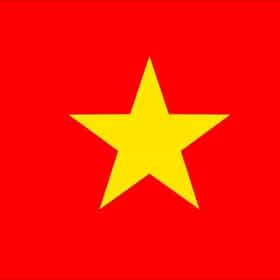 Vietnam, officially the Socialist Republic of Vietnam, is the easternmost country on the Indochina Peninsula in Southeast Asia. With an estimated 90.5 million inhabitants as of 2014, it is the world's 13th-most-populous country, and the eighth-most-populous Asian country. The name Vietnam translates as "Southern Viet"; it was first officially adopted in 1802 by Emperor Gia Long, and was adopted again in 1945 with the founding of the Democratic Republic of Vietnam under Ho Chi Minh. The country is bordered by China to the north, Laos to the northwest, Cambodia to the southwest, and the South China Sea to the east. Its capital city has been Hanoi since the reunification of ... more on Wikipedia

Vietnam is ranked on...

Vietnam is also found on...