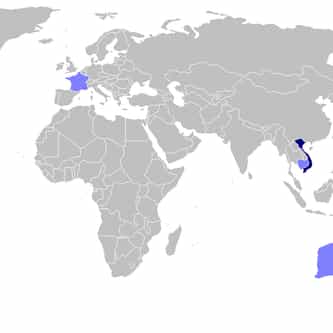 Vietnamese is the national and official language of Vietnam. It is the native language of the Vietnamese people, as well as a first or second language for many ethnic minorities of Vietnam. As the result of Vietnamese immigration and cultural influence, Vietnamese speakers are found throughout the world, notably in East and Southeast Asia, North America, Australia and Western Europe. It is part of the Austroasiatic language family of which it has by far the most speakers. Vietnamese ... more on Wikipedia

Vietnamese Language IS LISTED ON

jared leto arrogant, songs with killing in the title, under your bed, how do you become famous as a kid, best bassnectar album, breakup songs 2020, Bill Murray Quotes, kinds of fish to eat, former notre dame quarterbacks, snl laughing bloopers