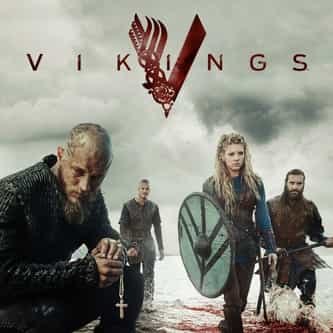 Vikings (History, 2013) is a historical drama television series created by Michael Hirst. A farmer (Travis Fimmel) rises to fame by successful raids into England, and eventually becomes a Scandinavian king, with the support of his family and fellow warriors. ... more on Wikipedia

80.8k readers Turns Out The Real Inspiration For 'Vikings' Lagertha Is Even Tougher Than The TV Version

1.1k votes What to Watch If You Love 'Vikings'

849 votes The Best Episodes of 'Vikings'

Vikings IS LISTED ON

judy blume books list, adelaide kane dating, what not to say on a first date funny, why is serbia so good at sports, gintama funny episodes, the secret storm, into the dark tv series, stand up for stockholm, ouran high school host club television show, good shows on amazon prime