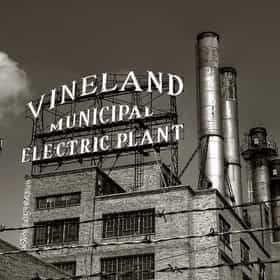 Vineland is a city in Cumberland County, New Jersey, United States. As of the 2010 United States Census, the city had a total population of 60,724, reflecting an increase of 4,453 from the 56,271 counted in the 2000 Census, which had in turn increased by 1,491 from the 54,780 counted in the 1990 Census. Vineland, Millville and Bridgeton are the three principal New Jersey cities of the Vineland-Millville-Bridgeton Primary Metropolitan Statistical Area, which encompasses those three cities and all of Cumberland County for statistical purposes and had a population of 156,898 as of the 2010 Census. Vineland was formed on July 1, 1952, through the merger of Landis Township and Vineland ... more on Wikipedia

Vineland is ranked on...