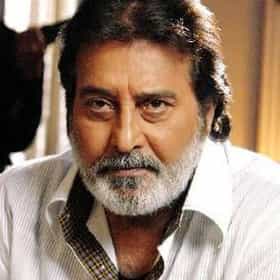 Vinod Khanna (6 October 1946 – 27 April 2017) was an Indian actor, film producer and politician. He was the recipient of two Filmfare awards. He was also an active politician and was the MP from the Gurdaspur constituency between 1998–2009 and 2014–2017. In July 2002, Khanna became the minister for Culture and Tourism in the Atal Bihari Vajpayee cabinet. Six months later, he became the Minister of State for external affairs.After making his film debut in 1968, Khanna first acted in supporting and antagonistic roles; as an angry young man in the movie Mere Apne, as the main villain in the super-hit movie Mera Gaon Mera Desh, and as the military officer turned fugitive in the critically ... more on Wikipedia

Vinod Khanna is ranked on...

Vinod Khanna is also found on...